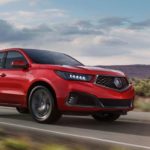 The Subaru Corporation announces the shutdown of its main production facility in the Gunma Manufacturing Division. Due to defects in the power steering components, Subaru distributors and dealerships may experience Shortages in the supply of their top selling models. They have yet to issue a recall and are wondering how this will affect sales in the first fiscal Quarter.

Despite celebrating record sales in the past ten years, Subaru Corp. is for the first time in 85 months facing a supply and demand issue. The reason this defect is such a big deal to the manufactures and dealerships is the fact that this power steering malfunction is affecting three main models that make up fifty-seven percent of sales. The Affected Models are the Forester, Crosstrek, and Impreza all of which have experienced slight decreases in sales as safety concerns are stopping the production line. A Subaru dealership Utah Group consists of seven dealerships and represent one area of concern to be addressed. Utah Colorado and two-thirds of the states are experiencing cold weather conditions. Prior to this setback, Subaru distributors in the united states, experienced increased sales numbers every month. On January 23, 2019, Subaru Corp. Announced their plan to hopefully reopen their manufacturing plant on Monday the 28th.

this statement, when applied to our example of the potential for harm in states such as Utah or Colorado, shows that lethal consequences are likely. Currently, the weather conditions in Utah where there are 7 Subaru distributors is below freezing. Loss of control in the freezing weather where there can be ice, pedestrians, vehicles, and other obstacles can lead to rollovers, spinouts, and unwanted impacts. Luckily Subaru Corp. Caught the defect prior to sending out any vehicles to the united states or Asia. According to the Motor Image Group or (MIG), a distributor of Subaru vehicles in the Asian markets stated their customers were not affected. MIG put out a statement saying:

” Across all its operations, only three markets–Hong Kong, Taiwan, and Singapore–have shipments due of the affected vehicles. A total of only 120 cars from the affected batch are due in these markets and none of these have been delivered to customers.” The vehicles affected were manufactured during the plant shutdown period during the winter, between December 2018 and mid-January 2019. Subaru Corp. have not shipped any orders of the affected vehicles to customers in the united states either.

The car dealerships may be low in stock but trust in the brand is going to maintain positive public opinion due to the fast action of Subaru Corp. Lives are saved and when the defects are repaired and replaced, fulfillment will continue, the likelihood of massive sales loss is mitigated. The vehicles, although making up more than half of all sales represents a hiccup that when the vehicles come to the market safe and drivable in all conditions, will continue to be bought by target customers.